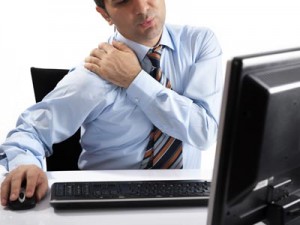 London Home Visit Physiotherapy has been treating all forms of neck pain for years and our specialised and experienced London physiotherapists can create a tailor made treatment programme for you, in order to help you get back to normal activities as soon as possible. We work with different techniques depending on the type of pain and causes, including manipulation, strengthening and mobility exercises. Our London physiotherapists can also prescribe exercises you can perform on your own at home between treatments, in order to speed up recovery even further.

Neck Pain Physiotherapy at Home in London or in our Practice in Moorgate Monument, Clapham & Belgravia

We offer visits at home in London to fit your busy schedule, or if you prefer we can also offer treatment at one of the Light Centre locations in London, City of London near Monument station or Belgravia near Victoria station, as well as our therapy room in Clapham South. We also offer workstation assessment and employees treatment for businesses that wish to reduce employee sick leave.

Our Physiotherapists specialised in Back Pain treatment

Neck Pain is very common but physiotherapists can help

Neck pain is pretty common and three out of four people will experience some form of neck pain at some point in their life. Most cases aren’t caused by a serious problem and the pain will eventually go away after a few weeks with some rest and physiotherapy or osteopathy. In a few cases it might be caused by more serious issues, in which you should seek medical advice.

What Cause Neck Pain?

The neck is vulnerable to injury despite its strength and flexibility. The most common causes of neck pain are sports injuries, whiplash, overuse injuries, strain from repetitive activity, poor support during sleep or poor posture. The latter is very common amongst office workers who work in front of a computer for long hours, using workstations that haven’t been assessed and adjusted properly.

Some of the most common types of neck pain

Rest isn’t advised for longer than two days for neck pain, as this might make it harder to return to normal activities. If you suffer from neck pain or whiplash, the general advice is to keep as mobile as possible without pain, using painkillers such as ibuprofen when needed.

Book 10 sessions Get One Free

Mix and match any of our treatments  Physiotherapy, Osteopathy, Pilates or Personal training

Call our office or ask your therapist for details